"Pray for miracles in Otaniemi"

Many Christians today ask themselves: why don’t we see similar miracles as the first apostles saw 2000 years ago. Some even say that expecting to see miracles is waste of time or that in fact the time of miracles is gone. 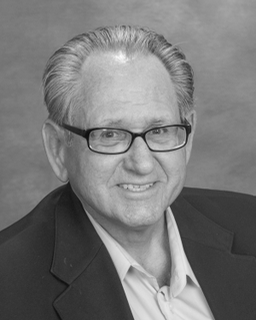 Tommy Welchel says we should not let go of believing in miracles. In fact, he says, we are allowed to expect even bigger miracles today as Jesus himself promised in John 14:12: “Truly, truly, I say to you, whoever believes in me will also do the works that I do; and greater works than 14 -Cross Section 2015 CrossSection2015_2.indd 14 these will he do, because I am going to the Father.“

TOMMY WELCHEL KNOWS what he is talking about first-hand. He knew personally the people who took part in the Azusa street revival. Tommy has gathered their stories and theses stories have been published in a couple of books.

A BIT OVER 100 YEARS ago a big revival took place in Los Angeles in a barnlike church on Asuza Street. This revival was part of a bigger movement of the Holy Spirit, which later led for example to the Finnish Pentecostal movement (Helluntaiherätys). The meetings held at Azusa street were led by a preacher called William Seymor.

The meetings consisted of prayer, William Seymor’s preaching, songs of praise and people being healed. “The people were instructed by William Seymour to pray for miracles in the name of Jesus.” says Tommy Welchel.

BUT WHO IS Tommy Welchel? And why did he end up telling us about things that happened over 100 years ago?

When Tommy was only seventeen (1960), he had to flee from his home state to avoid being sentenced to prison for a petty crime. He ended up homeless in LA. A sister in Christ, sister Goldie then helped him and arranged him a place to stay in Pisgah.

PISGAH WAS THE PLACE where many of the saints of Azusa street had rented homes for retirement. They had decided to wait for God to show to whom they could tell their stories in detail.

When Tommy arrived to Pisgah, they knew he was the one that God wanted them to tell the stories to. So Tommy spent most of his free time visiting each of the saints in their apartments and listening to what they had to say.

LISTENING TO THESE OLD people was a privilege according to Tommy. “I forgot about the rest of the world. In the 1960’s, there were Love-Ins and Flower Children. I was asked if I’d like to go to these things, and I said, ‘No.’ I wanted to stay there and listen to these people – as a teenager!”

Tommy Welchel, what kind of miracles did God do through these people? “Oh, every kind of miracle you could dream of took place. Creative miracles! Legs grew back, arms grew out, cancers fell off, empty eye sockets filled in, especially with Seymour and when the Shekinah Glory filled the building and the flames shot up from the roof of Azusa and met with flames falling from the sky.”

FLAMES TROUGH THE ROOF? Shekinah glory? Tommy Welchel explains that the Holy Spirit of God filled the place and his pre sence could be seen and felt very concretely. This strong presence of God’s spirit was called Shekinah glory.

According to Tommy’s book 1 the flames trough the roof were seen by the neighbors too and some times fire fighters were alerted. The flames were not house consuming fire but the fire of God, so the firefighters had come in vain.

WHAT KIND OF PEOPLE then took part in the meetings? “People were coming from all over the world ”These multicultural gatherings were very much frowned upon at the time - the poor, the rich, whoever could get there. They were from all socioeconomic backgrounds; people of ALL colors and ages. ”

”God is the great equalizer!”God used very young people in the miracles according to Tommy: “The saints said they saw children as young as six years of age lay hands on people, and the sick would get healed.” This is a good reminder for us young people that God can use us too.

These multicultural gatherings were very much frowned upon at the time. Mingling of races was almost unacceptable in the eyes of other people. But God wanted to change that way of thinking.

NOT ONLY WERE the gatherings unconventional in the race question. They also did not follow the traditional form of a church service.

Tommy tells: “The main point is that the meetings were led by the Spirit. Keeping with the Spirit, Seymour would make sure that order was maintained. But, there was really no form. However the Spirit wanted to move would dictate the meetings.”

WHEN TOMMY VISITED the saints they wanted to give him the same anointing they had received. “Every time we’d get together, just before I’d leave, every one of them would lay their fingers on my shoulder and say a short prayer. I finally worked up the nerve to ask Brother Sines, the piano player, what they were doing. He said, ‘We are imputing all the anointings that we have off onto you.’

Tommy has told that this anointing has blessed him later in his life. He has healed many people himself in the name of Jesus. But he always gives glory to God: “I walk by faith.”

SO THE SAINTS WAITED for the right person to turn up before they shared in detail what they had experienced.

Tommy explains why he thinks God chose him to hear the stories: “I think the reason the Holy Spirit highlighted me is that I am a Keeper in the Cherokee Indian tribe (I’m over 1/4 Cherokee Indian). At the age of 3, I showed that I had a very keen memory, which made me a Keeper. “

What is the task or purpose of Keepers? “We’re called Keepers because we keep the history of the tribe and our family. I love listening to stories, and I love to tell them. I’m a storyteller. Nothing is coincidental. God had it all planned out.”

WHY THEN TOMMY WAITED another 55 years to share the stories he had heard? “I waited to retell them based on a visitation of Jesus that I had while I was at Pisgah.” A visitation was something Tommy had prayed for: “I was really wanting a visitation, so Jesse Duplantis encouraged me to pray for one. Jesus appeared to me as I prayed one night up in the attic at Pisgah. He stroked the back of my head and said, ‘Tommy, be patient and be obedient.’ Jesus repeated this over and over, ‘Be patient and be obedient.’ Then, He was gone!”

As Tommy points out, this was exactly 100 years to the date of the beginning of the Azusa Street revival. “I got really happy and went to the pastor at my church to let him know that I could start telling these stories. I’ve been able to tell these stories ever since.”

BUT CAN WE TRUST Tommy’s testimony? First Tommy points out the best guide there is: “Pray about what I’m saying.”

Secondly Tommy reminds us that God’s miracles work as testimonies even today. “I’m seeing miracles, many miracles, since then.”

Only thirdly Tommy points out other peoples’ testimonies: “There are other writings that back up my stories. Robert Liardon, author of God’s Generals, talks about the Shekinah glory and the miracles. Cecil M. Robeck, Jr., author of Azusa Street Mission & Revival, went to talk to the saints at Pisgah himself after I had left. They told him a few of the stories.”

EVEN THE PUBLISHER of Tommy’s first book was asked if he had trouble believing Tommy’s stories. Jim Morrison had replied: “No, I don’t have any problem believing him. I’ve heard them from several other people, not in the detail that Tommy has, though, because Tommy lived with these people.”

Tommy also mentions one other person who was closely acquainted to the saints of Azusa street. “There was also a man in Springfield, MO by the name of Robert Horton, who worked with Ralph Riggs and the Assemblies of God church. His father was at Azusa Street, and Robert was born shortly after his father left Azusa Street. Robert met Seymour a few times and was able to talk to and know Frank Bartleman. Robert started his own mission.”

AT THE TIME there were both praising and criticizing articles in the newspapers. Among others a clipping in Los Angeles Times stated: “and night is made hideous in the neighborhood by the howlings of the worshippers, who spend hours swaying forth and back in a nerve racking attitude of prayer and supplication”

Tommy told what he had heard from the people who took part in the gatherings: “They told me this was just a reporter giving his estimation of what was going on. That didn’t happen. That LA Times reporter tweaked the news. It was a biased report.”

WHAT IF WE WANT TO SEE God working in Otaniemi like he has worked in Azusa street and other revivals? Tommy has one answer: “Pray!”

Tommy explains further the importance of prayer: “I’ve read over 4000 books on revivals. It always goes back to a group of people were praying for about two years. The Welsh Revival, Charles Parham, Azusa Street…Each revival was preceded by years of prayer.”

WHAT DOES TOMMY want to say to the students of Aalto University? “Get all the education you can get; there’s nothing wrong with that. But, don’t let your education get in the way of what God wants to do through you.”

Tommy encourages us to walk by faith as he does: “God works with everyone. You don’t have to be educated for God to work with you.”

FINALLY TOMMY REMINDS us, who is behind every miracle and revival: “And whatever miracles you see, remember its God doing it. He doesn’t need us. He chooses to work with us which is why He said in John 14:12 that we will do greater works than Jesus who was going to be with the Father. Seek God yourself, and see if He is real!”

1 True Stories of the Miracles of Azusa Street and Beyond, Tommy Welchel and Michelle P. Griffith

More information about Tommy Welchel and the Azusa street revival:

· True Stories of the Miracles of Azusa Street and Beyond (Tommy Welchel and Michelle Griffith, Website link: http://www.miraclesofazusastreet.com)

Tommy Welchel and his cowriter Michelle Griffith on Social media: